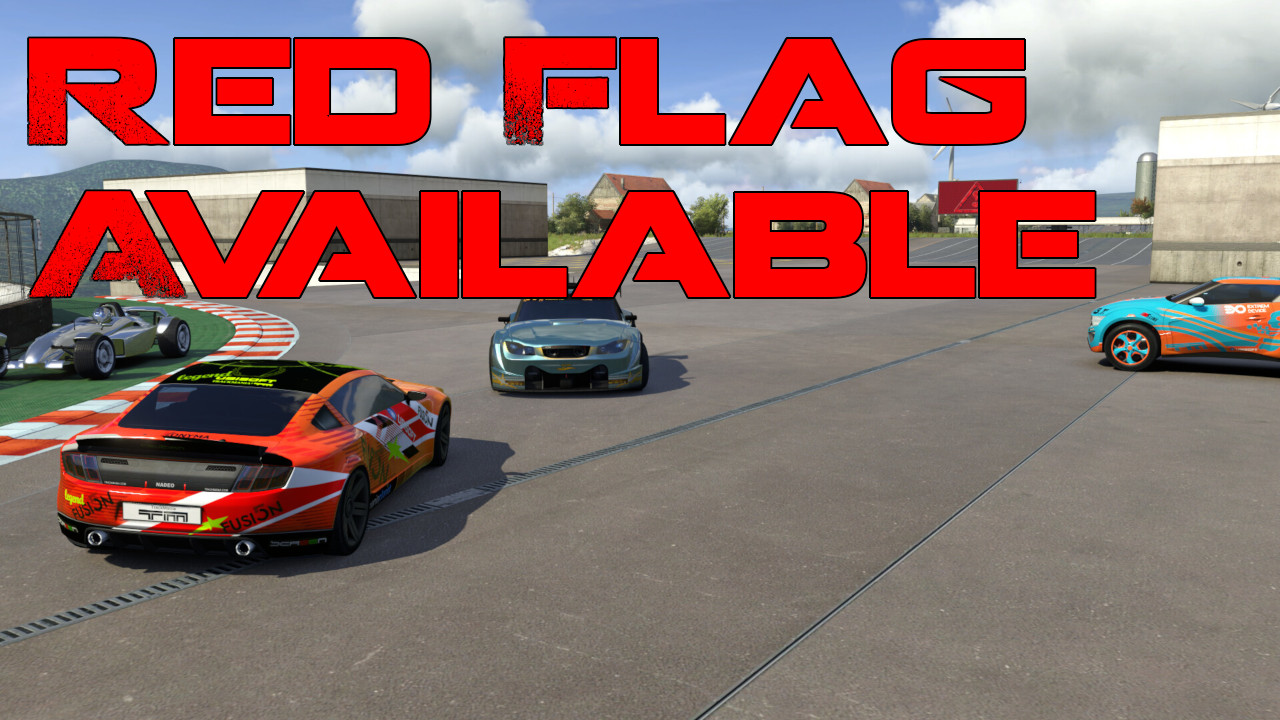 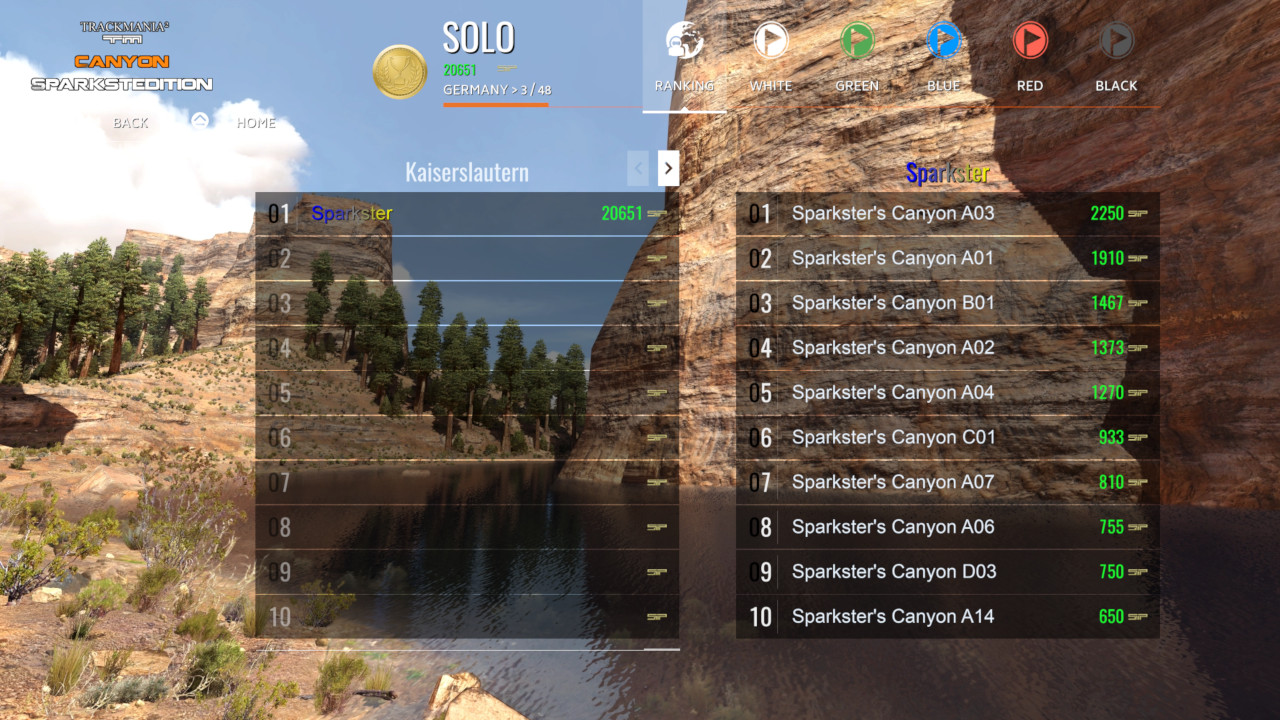 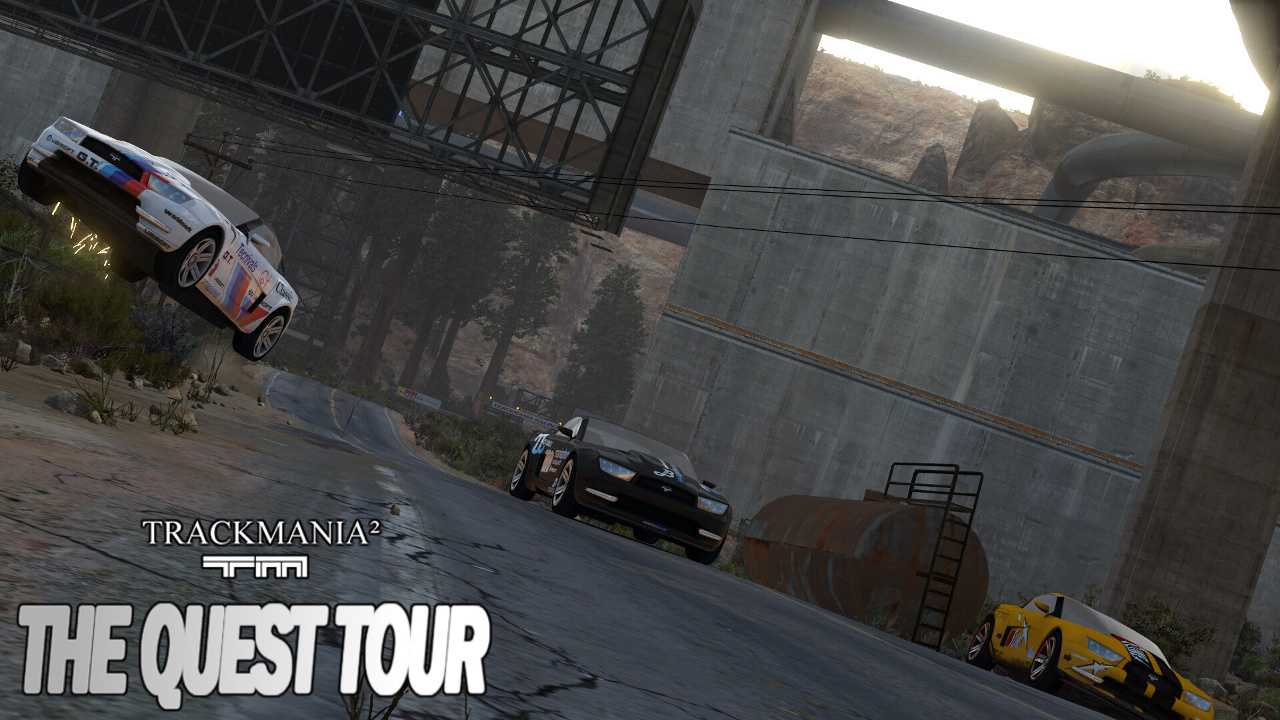 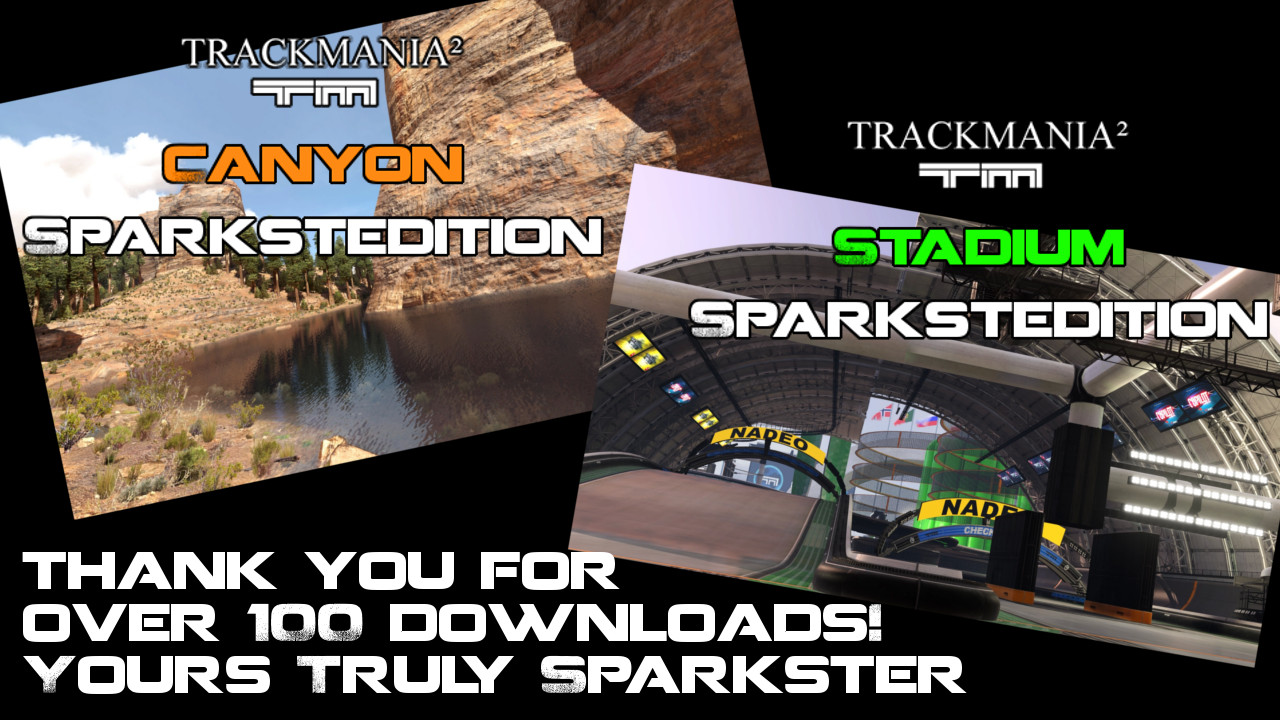 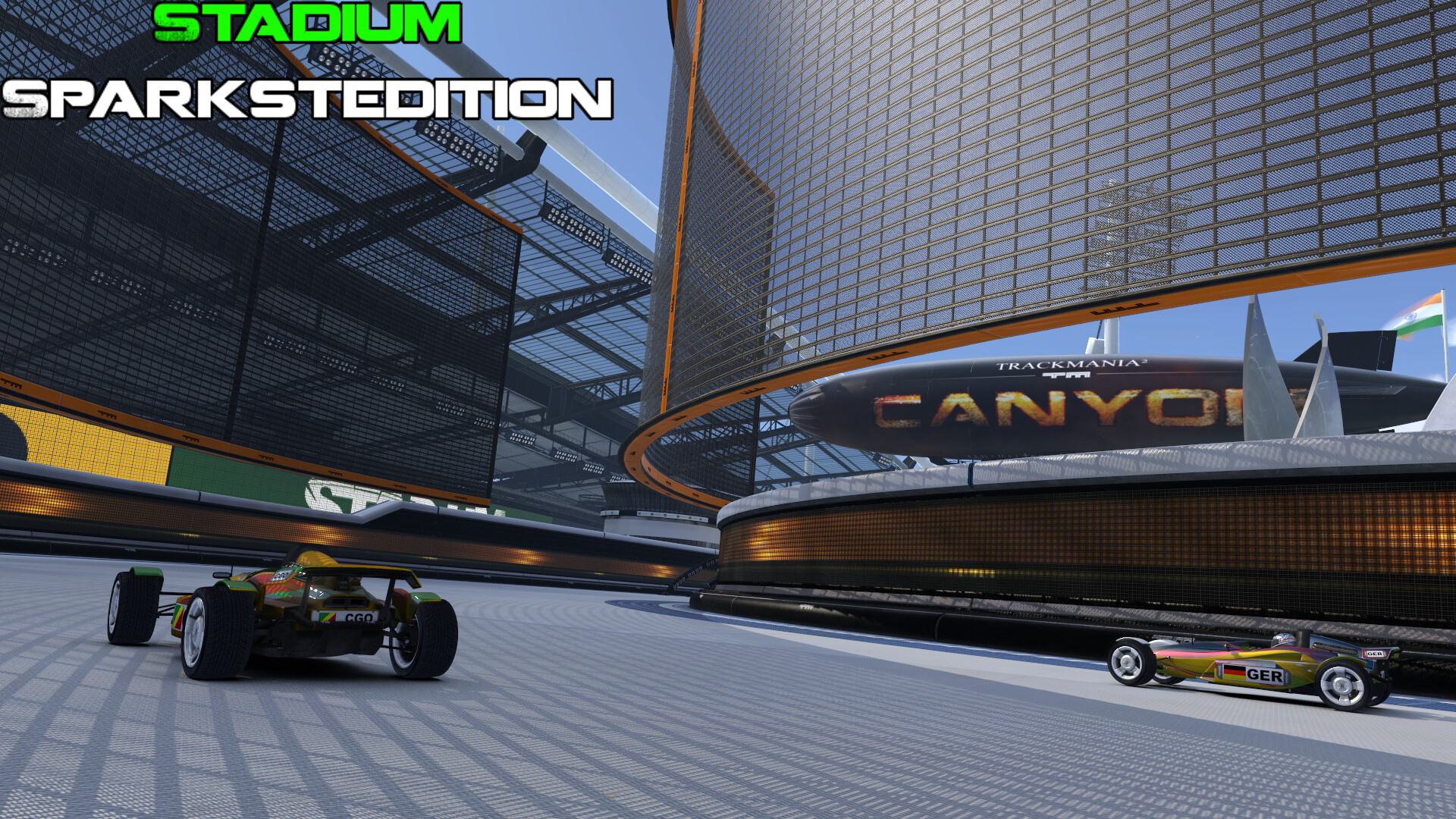 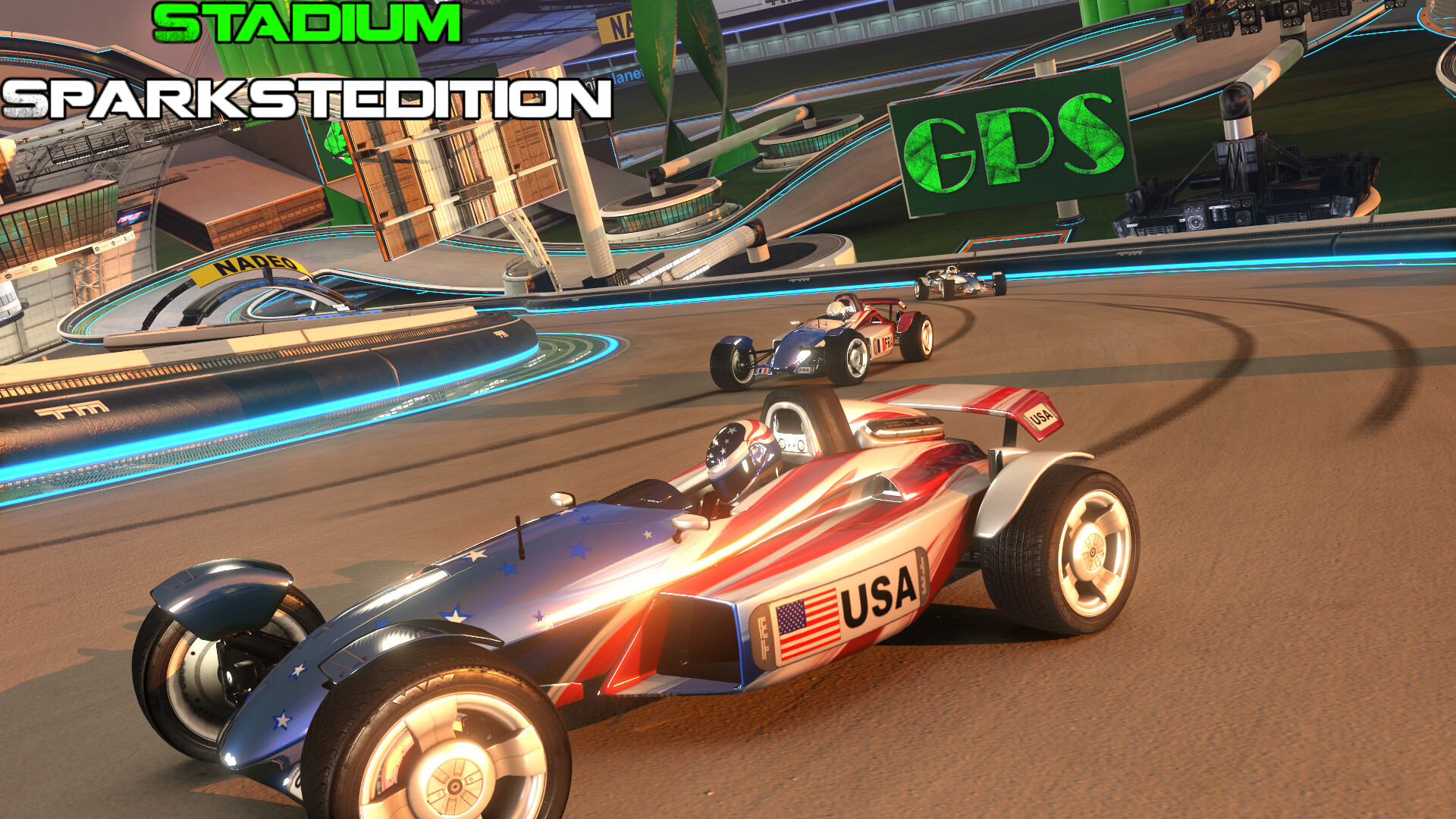 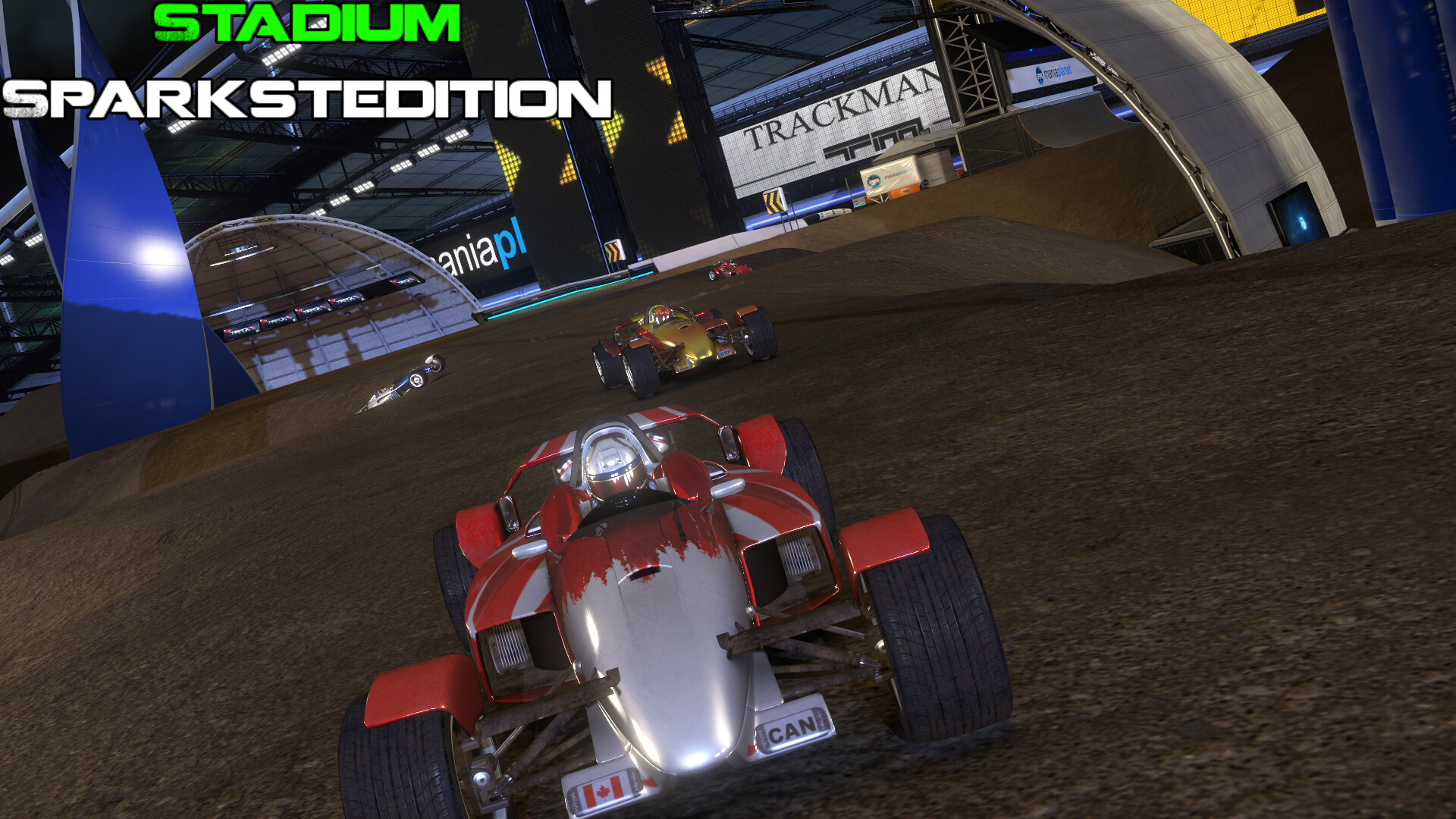 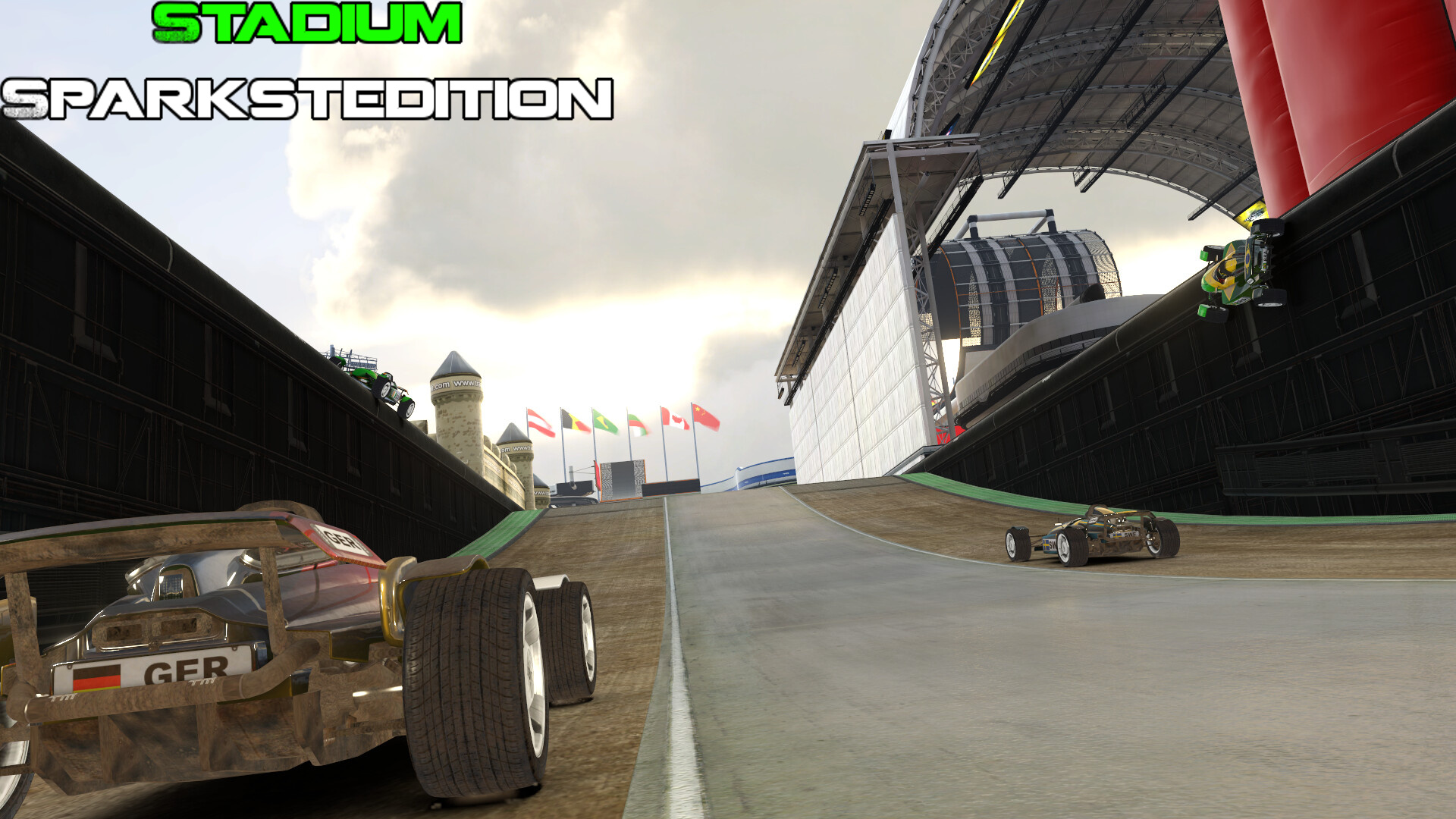 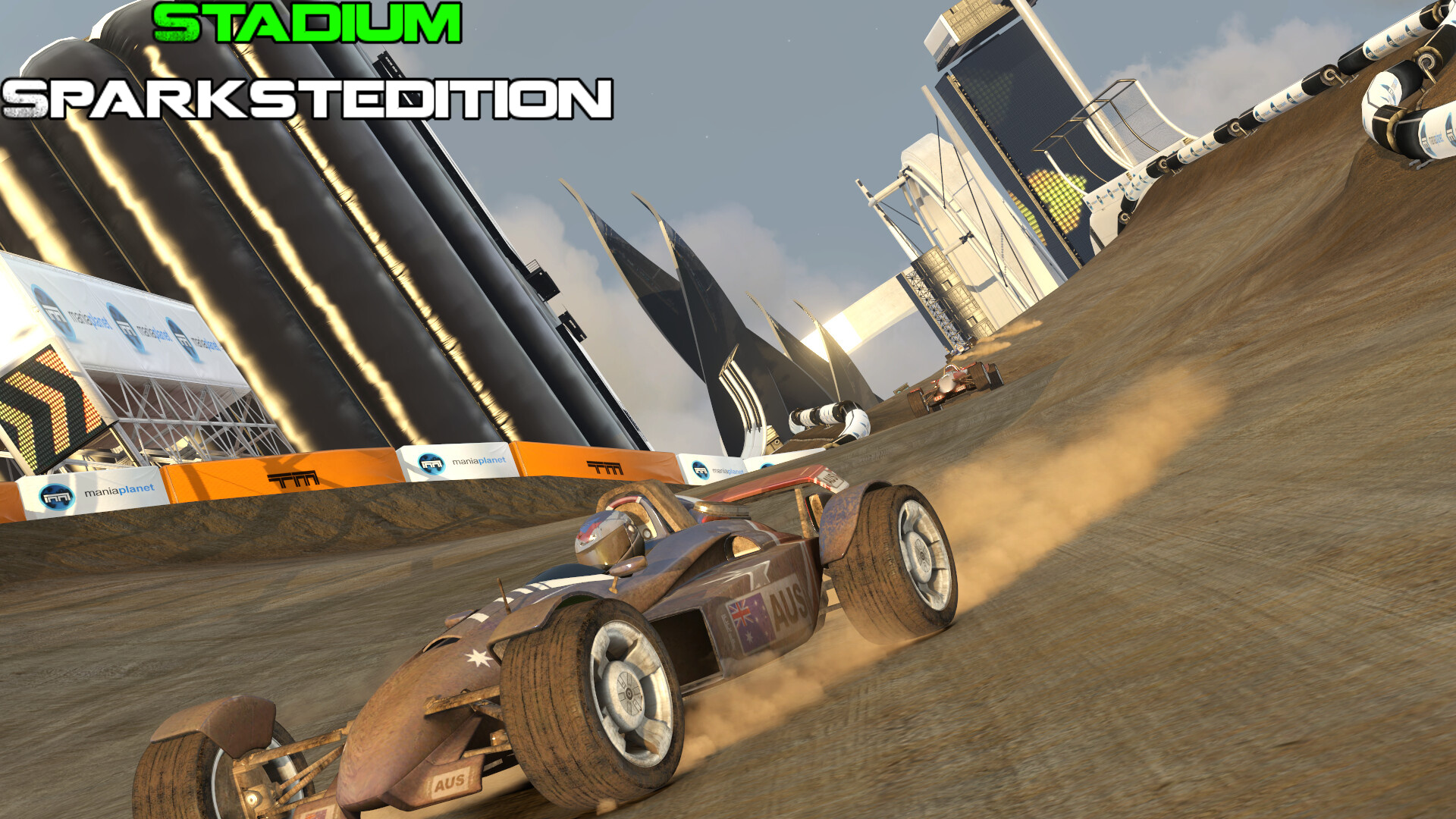 "I've just played the first four tracks and they're all good so far." ~liquidmetalrob

Released once in the 21st of November 2014 the TM² Stadium Sparkstedition offers 65 new maps built by Sparkster, a driver and mapper with lacking skills of transitional mapping.

Now it is time to get back to one of the most popular Trackmania One Environment called "Stadium", that debuted in Trackmania Nations ESWC.

The MP4 version of this Titlepack offers many improvements.
Many maps have been edited to make them easier or harder. No cam changes at the end of a map, GPS for every map, no color trails in the beginning and reduced laps on multilap maps except for the red and the black flag multilap maps. Even Sparkster's homemade "Brilliance 'n' metals" signs are added to guide your way to the finish line.

Ready for a little bit of "time travelling"? 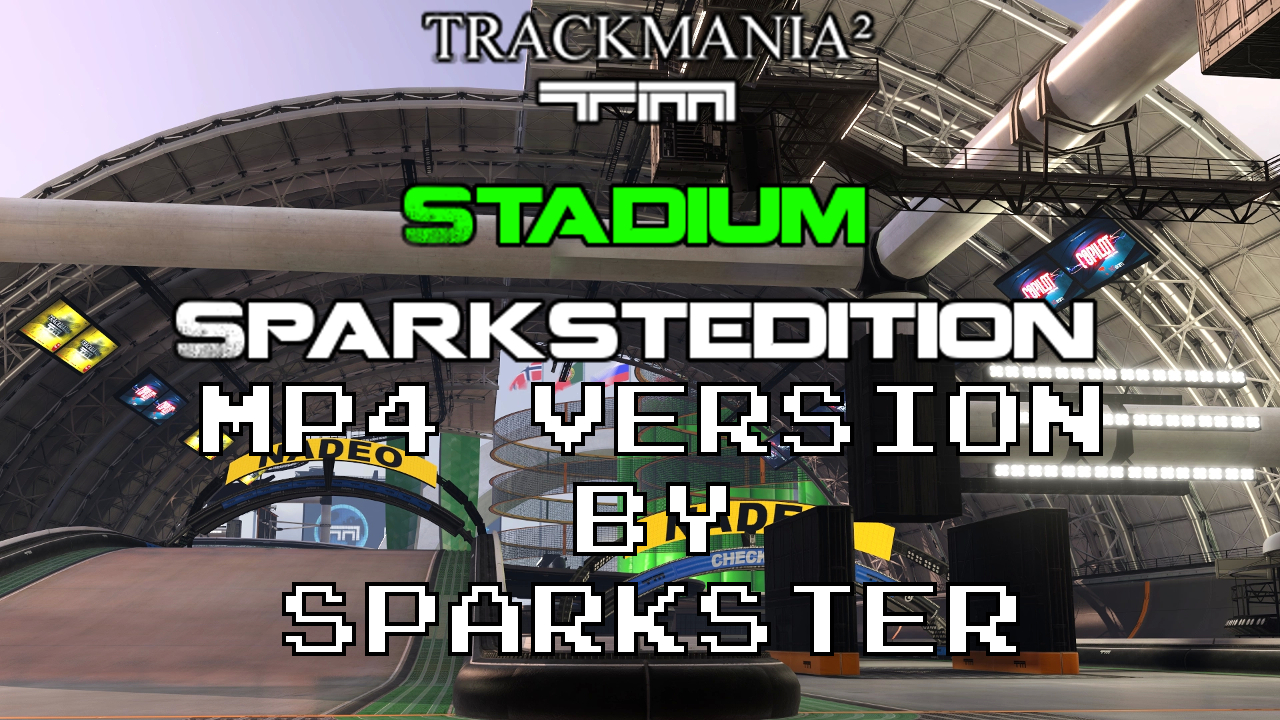