Watch THE FINAL of the TMGL Fall 2020 Edition live on November 1st at 8PM CET!

Posted on AlinoA 4 months ago 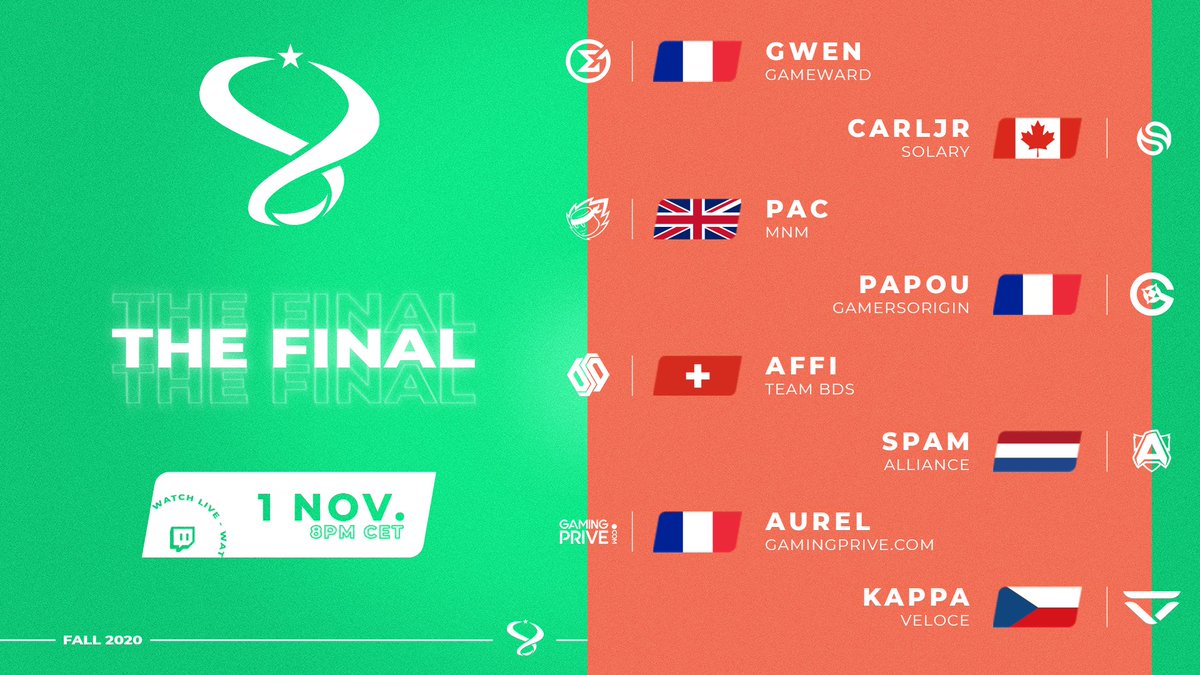 All of the streams are available here: https://trackmania-grand-league.com/watch/

Here we are! After 6 steps the regular season is over, and we know the 8 players who will take part in the FINAL of the Trackmania Grand League Fall 2020 edition:
- Gwen
- CarlJr
- Pac
- Papou
- Affi
- Spam
- Aurel
- Kappa

For his first season in the TMGL, Gwen won the regular season with 3 step wins. The young Frenchman (16 years old) is followed by the reigning champion CarlJr. Three other Trackmania World Champions will take part in The Final as well: Pac, Spam, and Kappa. TMGL finalist in both Beta and Winter 2020 editions Papou will also be one of the title contenders, as well as his old teammate Aurel and the newcomer Affi.

The TMGL Fall 2020 finals will take place on Sunday, November 1st from 8 PM CET in a brand new format: the FINAL mode. Four matches are on the schedule, with two players eliminated after the first three matches and an exciting grand finale between the last two players remaining!

To know who will be the TMGL Fall 2020 champion, join the show live on Twitch to support your favorite player in his organization cast or follow the competition with a neutral point of view on Sardoche’s channel or Trackmania’s one! All of the streams are available here: https://trackmania-grand-league.com/watch/